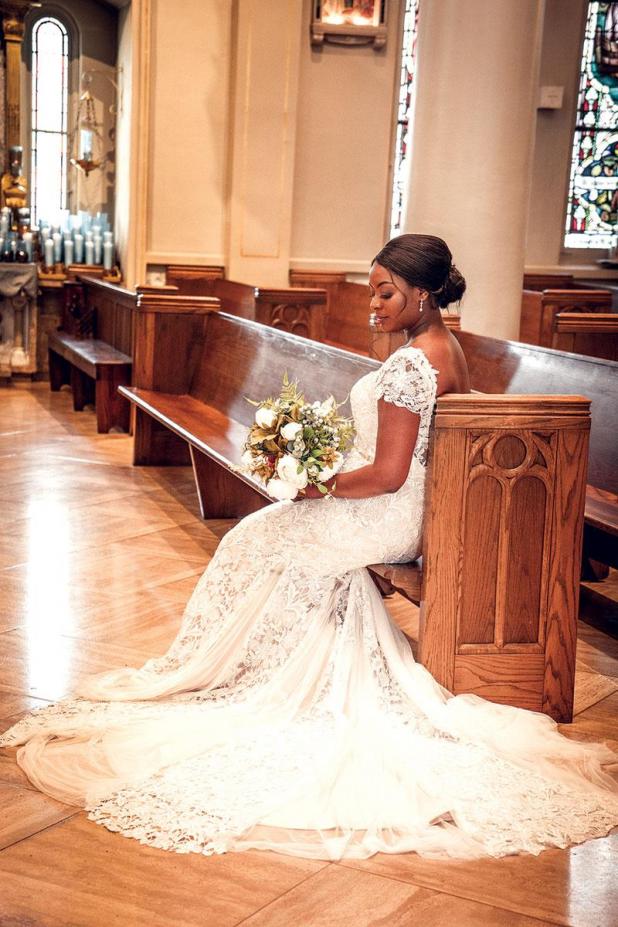 Krystal Symone Williams and Justin Paul Rachal were united in the sacrament of Holy Matrimony on Saturday, October 19, 2019 at Saint Alphonsus Catholic Church in Maurice, Louisiana. The ceremony was officiated by Father Stanly Jawa.
The bride is the daughter of Mr. Allen and Mrs. Veronice Williams of Maurice, Louisiana. She is the granddaughter of the late, Randolph and Mary Plowden of Abbeville, La and the late Wilfred Sr. and Emma Lou Williams of Maurice, La. The bride is a 2011 graduate of North Vermilion High School, a 2017 graduate of the University of Louisiana at Lafayette where she earned her Bachelor’s of Science degree in Dietetics. She is currently employed as a Region 6 Community Resource Coordinator at Central Louisiana Health and Education Center.
The groom is the son of Mr. Victor and Mrs. Shirley Rachal of Pineville, Louisiana. He is the grandson of the late, Steve and Sarah Bordelon of Pineville, La; Rowena and the late, Eugene Rachal also of Pineville, La. The groom is a 2007 graduate of Pineville High School and a 2012 graduate of Nicholls University where he earned a degree in Petroleum Technology. He is currently employed as a Production Operator at Chevron.
Escorted by her father, the bride wore an ivory lace trumpet style bridal gown with a sweetheart neckline, cap sleeves, low sheer back and English Net godets throughout the skirt. She accented the look with a cathedral length, handmade veil by Sew Sweet Alterations owner Peggy Esposito. She carried a bouquet of silk anemones, roses and various greenery in soft hues of peach, white and grey.
The bride’s sister, Kortney Williams, attended as Maid of Honor. Her bridesmaids included her cousins, Denette Tyler, Christine Kelly and Catherine Tholborn as well as her friends, Kelsey Ambrose and Laken Murrell.
The groom’s brother, Tyler Rachal, served as the Best Man. Groomsmen included his cousins, Matthew Rachal, David Lemmons, Alfred Luneau and Zac Aldecoa; his friend Derek Sandoval and the bride’s brother, Kolin Williams. Karsen Tyler, the bride’s cousin and son of Kennedy and Denette Tyler served as the ring bearer.
Following the ceremony a formal reception was held at Le Pavilion in Lafayette. After enjoying a honeymoon to Cozumel, Mexico the couple will reside in Pineville, Louisiana