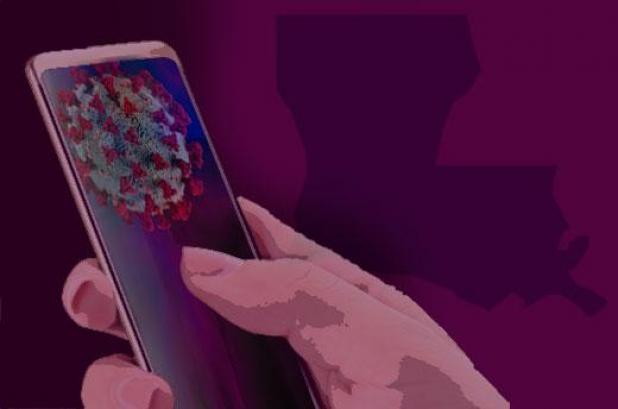 As Louisiana's Corona virus numbers had seemed to be leveling, suddenly the state Tuesday posted the largest one-day spike in deaths, an additional 129, breaking above 1,000 in Louisiana's COVID-19 fatalities at 1,013.

"The virus is obviously fatal for a number of these people, as we are reporting these deaths," Governor John Bel Edwards said at his Tuesday press conference. "People are contracting this disease and spreading this disease, so it's important that people follow the precautions we give them, whether it's the order to stay home, whether it's the hygiene, social distancing, all these things."

But another reality that has the governor concerned is traffic. Police and GOHSEP employees have observed that traffic in many parts of Louisiana is now back to levels almost as high as the days before Coronavirus.

"I did fly to north Louisiana yesterday over some of our major highways," Governor Edwards said, "and I did see more traffic than, quite frankly, I expected to see or wanted to see. People here at GOHSEP tell me they've seen a marked increase in traffic. In addition, we have social distancing apps now that are assigning letter grades. We weren't doing particularly well to begin with. I think our state was a 'C' or a 'C-'. I think we moved down to a D most recently because they [cellphone service providers] are using the GPS data in people's phones to measure what the movement is."

The governor fears what he's always feared, that Louisianans -who tend to be outdoors and social individuals- are getting cabin fever and have reached their limit of the lockdown. To get more proof that the virus is still very much with us, he is ramping up still more testing. He says Louisiana has regained the position of testing more per capita 'more rapidly' than any other state.

"The key to moving forward, especially between now and at such time when the vaccine becomes available will be through very aggressive, robust testing," he said, "plus contact tracing."

"Contact tracing" is a new term for the ability by cellphone service providers to use the Bluetooth feature of a people's cellphones to tell not just their movements but how close they get to others and whether they have been near someone diagnosed with COVID-19.

"All of it is incredibly important," insists the governor. "The worst thing you can do is not know what you're dealing with. And now we can say we have testing in every single region of the state. We're trying to expand on the testing that's available for surveillance purposes, diagnostic purposes and for detecting the presence of the antibodies through serology tests."

Governor Edwards says testing is the ultimate key to when Louisianans can go back work. He says he'll be watching closely Louisiana's statistics for the last two weeks of April, saying those will be decisive.

"And the test results will inform our decision," he said. "And not just about who potentially can go to work. But if we start seeing another spike in the testing, we may have to ratchet back down and put in more restrictions. What we don't want to do is go right back to that place we've been trying to avoid."