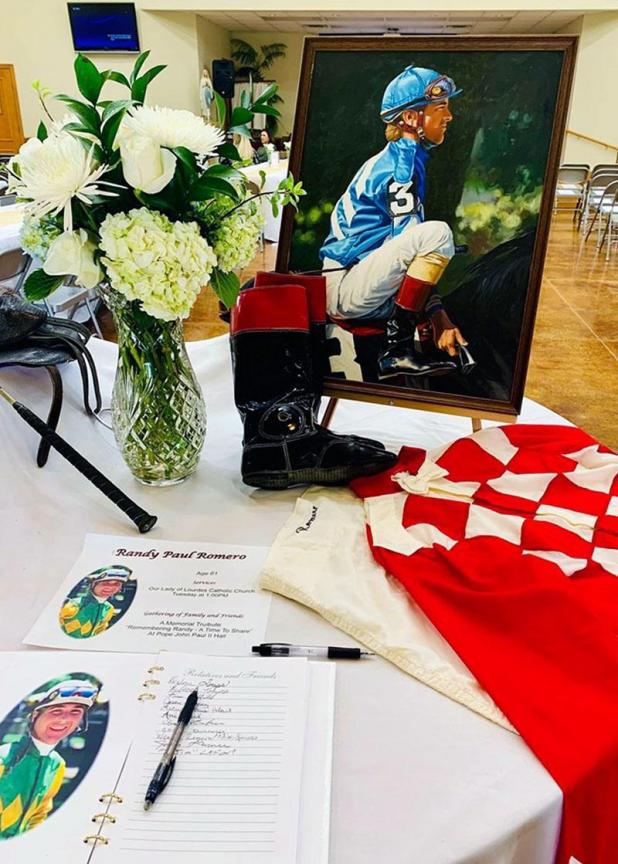 (Photo by Wendy Frederick Romero)
Guests and friends were able to sign a book before they paid their respects to Erath Hall of Fame Jockey Randy Romero.