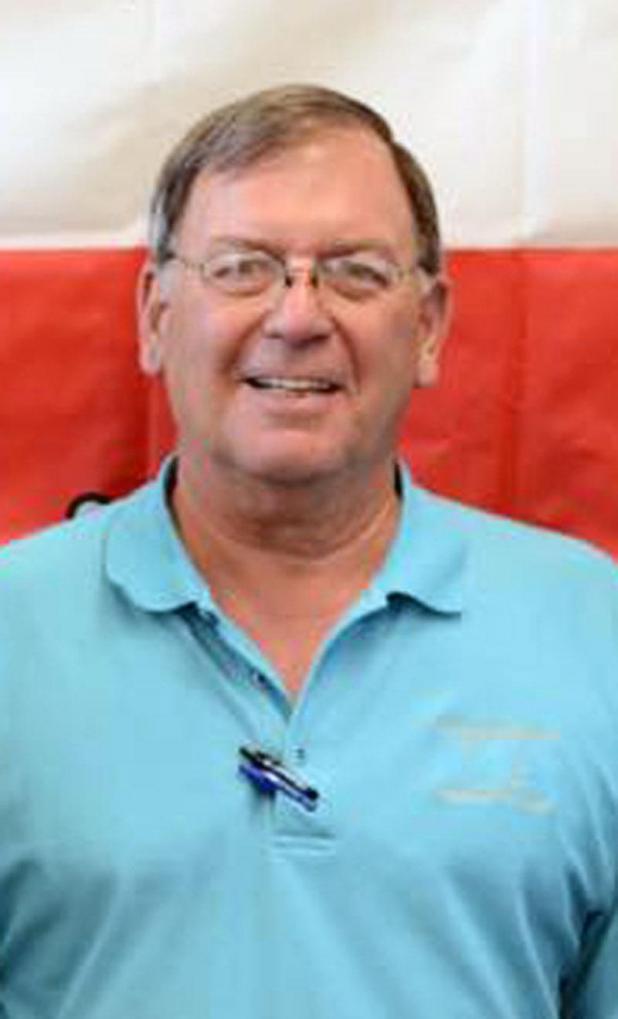 For most of his professional life, you could find Mike Bertrand in the Vermilion Parish Courthouse.
Between his time working for the Vermilion Parish Police Jury and his time as Vermilion Parish Registrar of Voters, he has spent 35 years working in the courthouse. Add his tenure at Sellers & Associates, that total is nearly 50 years he has spent time in that building.
On July 4, Bertrand is set to walk in the courthouse for his last day of work.
Bertrand will retire as Registrar of Voters on the final day of early voting for the presidential primary. Bertrand made the announcement public during the Police Jury’s meeting last week. Bertrand spent 15 years as the Secretary-Treasurer for the Police Jury, before moving to the registrar’s office 20 years ago. The Police Jury is in the process of finding someone to succeed Bertrand.
For Bertrand, this is the right time to move into retirement.
“I think it’s the right time for me,” Bertrand said. “I think it is a good time to making that move.”
One of the first steps in the move will involve family. Bertrand and his wife, Annette, have 11 grandchildren.
“We are following our grandkids around in a lot of their activities,” Bertrand said.
Bertrand’s son, Chris, is a college baseball coach at Northwestern State University. Bertrand said he plans to follow the team a great deal next season.
“I also have some little odds-and-ends projects around the house,” Bertrand said. “I have some woodworking projects. I also have grass to mow, and things like that.
“There are a lot of different things I think I’m going to do.”
Bertrand’s career never completely left him without time to do some of those things.
“My job did fortunately allow me to do a lot of those things after hours,” Bertrand said. “I was able to go watch baseball games. However, when we had elections, I would have to miss some Saturdays. Now, if we want to travel to watch Northwestern on the road, we can do that.
“We can get up and go.”
Bertrand has certainly enjoyed getting up and going to work each day.
“Absolutely,” Bertrand said. “When I was upstairs with the police jury, I dealt with so many different things on a day-to-day basis. Whether it was roads and drainage, solid waste, or fire protection, dealing with local, state and federal officials, it was really good. In my current office, elections are always a big thing.”
Both jobs brought Bertrand in contact with countless people over the years.
“That is something I will definitely miss,” Bertrand said. “You get to see people and visit with so many people.
“I will miss being able to interact with the people who visit the courthouse.”
There are so many that Bertrand will remember fondly.
“The staff I have had here in the registrar’s office,” Bertrand said. “They have been great. There were so many great people involved with the Police Jury. I have worked closely with so many people in the Clerk of Court’s office.”
Duties of his office are keeping Bertrand busy up until his last day. Early voting began yesterday. It will last through Saturday, July 4, Bertrand’s last day.
“We have been doing a lot to set up for that,” Bertrand said. “Right now, it’s been pretty active.”
At the same time, Bertrand has been packing up some of the things he has collected in his office over the years.
“I have papers from basically 35 years,” Bertrand said. “I am pretty much a hoarder when it comes to paper. I have kept a lot of things, like articles about the storms. I have got a lot of things packed up.”
Bertrand added with a laugh that what he’s bringing home from his office is not good news for his wife.
“She keeps asking me what I am going to do with boxes of stuff I have in a room at home,” he said. “I plan to go through that stuff and reorganize.”
As Bertrand goes through 35 years of memories, not many “bad” days show up.
“It’s like anything else,” Bertrand said, “you have those tough ones, but with everything I had to deal with, they were all interesting.”
It all started on his first day.
“The first day I came in with the Police Jury,” Bertrand said, “I was the assistant Secretary-Treasurer. Mr. Jewitt Hulin was still the Secretary-Treasurer. When I came in, I found out that he would not be there that day. They told me I was going to have to handle the meeting later that night. It was an interesting way to get started. It set me up for 35 years.
“It’s been good.”