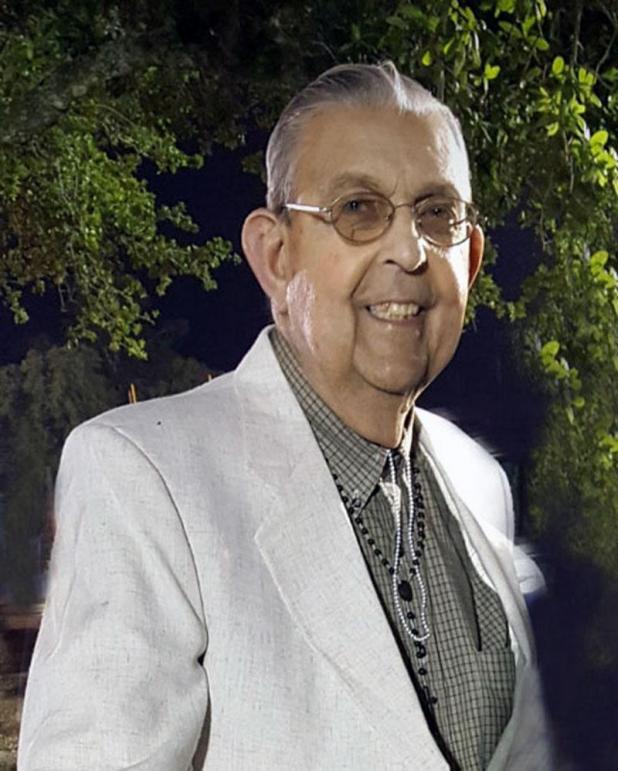 ERATH — A mass of Christian Burial for, Elwood Paul LeBlanc, 80, will be held on Saturday, 2:00PM, January 13, 1018, at Our Lady of Lourdes Catholic Church in Erath, with Father Bill Melancon officiating. Burial will follow at Our Lady of Lourdes Mausoleum.
Visitation will be in David Funeral Home of Erath Friday January 12, 2018 from 4:00PM until 9:00PM, with recitation of the Rosary at 7:00PM, and will continue Saturday from 8:00AM until time of service.
Elwood, passed away Wednesday January 10, 2018 in Consolata Nursing Home in New Iberia. In his early years, he served as an altar boy until 1961, he was an active member of the Junior Holy Name Society. He then moved to the Senior Holy Name Society in Henry. In 1961 he moved to Erath Holy Name Society and joined the Knights of Columbus Council 3872 in Erath. All in all, he had thirty three years of council work. He has not missed a Knights of Columbus State Convention since 1984. He received the Grand Knight Award in 1984 and 1986. He was named Knight of the Year for 1984, 1985, 1989, and 1990. He was also Knight of the Month and Family of the Month from 1980 until 1992. He was also given The Outstanding Citizen Award and had perfect attendance at all KC meetings. He served on the Board of Directors for Erath Community Center and also Vice-President from 1987 until 1992. He was very active on the Board of Directors, serving as Grand Marshal for the Fourth of July Association. As District Deputy, he received Star Council Awards, The Columbia Award, The Father McGivney Award and the Founder’s Award. He was involved in the Basketball Free-Throw competition at district and state. He has participated in the district and state cook-off competition. He was a U.S. Army Veteran. He was a lifetime member of the Henry Fire Dept. He was a member of the Vermilion Cattlemen’s Assoc.
He is survived by his daughter Bettina “Tina” LeBlanc Sharon and husband Joseph W. of Liberty MS; siblings Nelies LeBlanc Dugas, Francis LeBlanc and wife Connie and Russel J. LeBlanc and wife Mona all of Henry; two granddaughters Brittany Nicole Broussard and husband Eric of Rayne and Callie Elizabeth Desormeaux of Delcambre.
He is preceded in death by his wife Beverly Jane Suire LeBlanc; his parents Simonet A. and Eula Primeaux LeBlanc , a brother Wilson LeBlanc and a special friend Judith White.
Serving as his Pallbearers will be Joseph Sharon, Eric Broussard, Clint Dugas, Francis Matthew LeBlanc, Dustin Dugas, and Cody Dugas
The family would like to thank Eastridge Nursing Home and Senior Assisted Living, Consolata Nursing Home , and Heart of Hospice for their wonderful care and support.
Condolences may be made to the family at www.davidfuneralhome.org.
David Funeral Home of Erath is in charge of arrangements 209 East Putnam Street, Erath LA 70533, 337-937-0405.