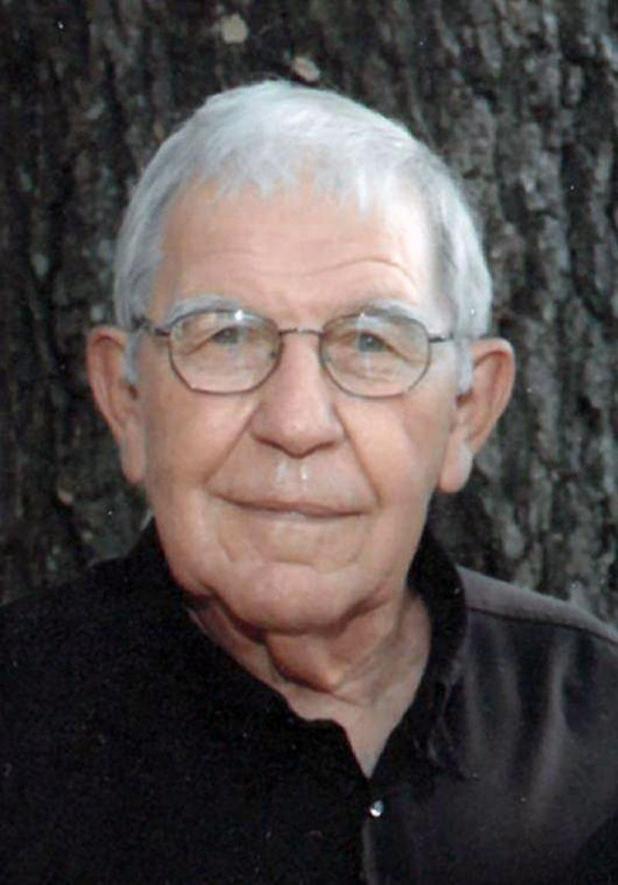 A Memorial Mass will be held at St. Alphonsus Catholic Church, in Maurice, on Friday, February 17, 2017 at 10:00AM for Lawrence "Larry" Paul Mathers, 84, who passed away following a short illness on February 12, 2017, surrounded by his family.
Father Keith Landry, will conduct the Memorial Mass. Inurnment will follow at St. Alphonsus Mausoleum.
Larry, a resident of Maurice, was born in Endicott, New York to the late James and Nelda Mathers. After graduating from Vestal Central High School, he entered the United States Air Force and was stationed at Sampson Air Force Base. On the invitation from a friend, he moved to Lafayette to attend SLI, now ULL, where he graduated in Business Administration and met the love of his life and wife of 59 years, Glenda Rae Morton. Together, along with their six children, they made Cajun Country their home.
Larry worked for many years at Braun Welding Supply before retiring from Coastal Chemical in Abbeville. An avid golfer and “Muni” regular, he became Assistant Manager of the Hebert Municipal Golf Course, his favorite job of all.
As a lover of life, Larry was a devoted man of the Catholic Faith and an active member of the community. He was a parishioner of St. Alphonsus Catholic Church and a member of the Knights of Columbus. He prayed the Rosary on Radio Maria for 16 years, volunteered for VITA where he taught adults to read and donated blood regularly all his life. He also loved sports, especially golf, baseball and football. As a fan he was seen regularly supporting his children and grandchildren at sporting events, and was a lifelong fan of the UL Ragin Cajuns.
He is survived by his wife Glenda; his son, Pete and wife Linda; his five daughters, Laurie Mathers Meaux and husband Ken, Patti Mathers Domingue and husband Lamont, Theresa Mathers Landry and husband Marc, Yvette Mathers Touchet and husband Joe Don, and Gwen Mathers Constantine and husband Darin; his thirteen grandchildren, Brandon and Ryan Mathers, Egan Meaux, Monti and Garon Domingue, Ian Landry, Rynn, Rylee and Rhett Touchet, Aubrey, Ainsley, Aani, and Callun Constantine; his six great grandchildren, Paige, Brennan, Brailee, Evelyn, and Liam Mathers, and Charlie Smith; his great great grandchild, Wyatt Champagne; and his sister, Suzanne Mathers Cook, of Binghamton, New York.
He was preceded in death by his parents and his brother, James Mathers, Jr.
The family requests that visiting hours be observed at St. Alphonsus Catholic Church on Friday, February 17, 2017 from 9:00AM until the rosary beginning at 10:00AM. The Mass will immediately follow the rosary.
The family would like to thank Dr. Eric Fontenot, the Sixth and Eighth Floor Staff at Lafayette General Hospital, the staff of Lady of the Oaks Retirement Manor, and Hospice Compassus for the care and compassion given to our beloved Larry.
Personal condolences may be sent to the Mathers family at www.delhommefuneralhome.com.