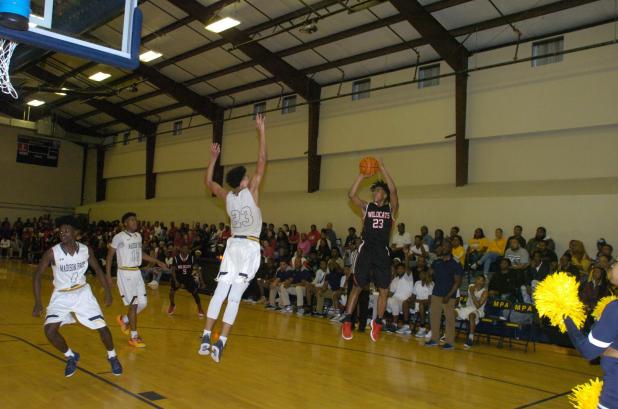 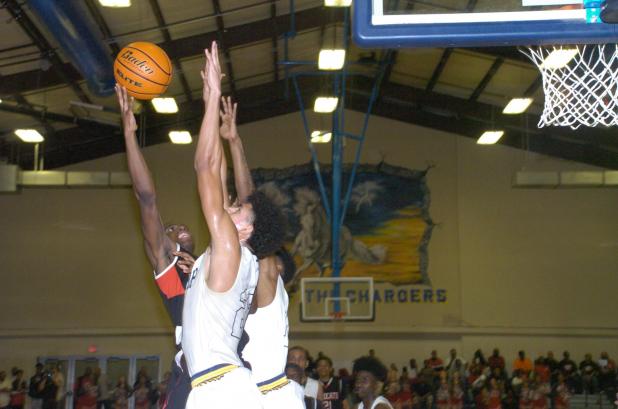 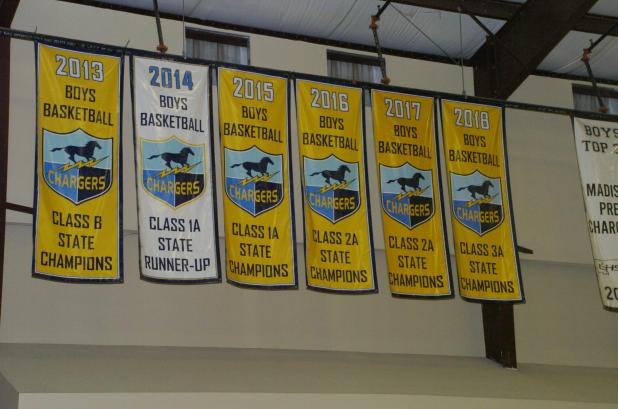 A minute into the fourth quarter, the Wildcats were only down 43-42 and were thinking upset.
However, in a four-minute span, that upset bid went out of the window when Abbeville point guard Jurvontae Decuir, who had 23 points, fouled out of the game and Abbeville’s second best player, Tyrese Sam, left the game with a hurt knee.
With Decuir out of the game, AHS was only down 47-43 with four minutes to play. However, in the following four minutes, Abbeville was outscored 10-2.
Abbeville head coach Berwick Hamilton said his team was in the game up until the final four minutes.
“We did not play well after Jurvontae fouled out,” said Hamilton. “That was the difference. After he went out of the game, it was downhill.”
Abbeville’s game plan all year was to attack the goal. The Wildcats were successful and used the same game plan on Friday. On Friday, the Wildcats were somewhat successful but also ran into tall trees every time they would drive towards the goal.
Madison Prep’s Percy Daniels stood 6-7, and Eddy Johnson was 6-3. Madison Prep had 16 blocked shots in the game.
The Wildcats led 32-31 at the 5:32 mark in the third period. Abbeville stepped up its defense, causing turnovers. Their aggressive defensive play also hurt.
Senior Davontae Promise, who had two points and six rebounds, fouled out for AHS with four minutes left in the third period.
Back-to-back three-pointers by Sam (8 total points) and Tarrius Campbell (5 total points) tied the game 38-38 with two minutes to play in the third quarter.
The Wildcats carried that momentum into the fourth period until the four-minute mark when Decuir fouled out.
“We gave it our best shot,” said Hamilton. “This is a tough place to win. I am proud of our guys. I am also proud of the fans. I think we had more fans than them. The kids were excited to see that.”