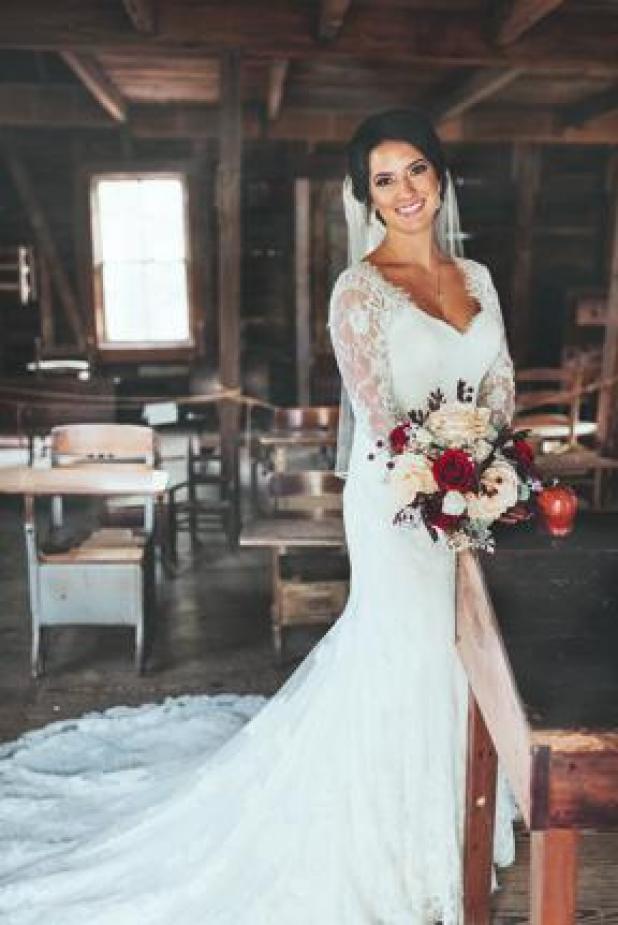 Miss Haley Brooke Luquette and Mr. Tyler Paul Broussard were united in holy matrimony during a nuptial mass on Friday, February 24, 2017, at St. John the Evangelist Catholic Church in Henry, Louisiana.
Fr. Manny Fernandez officiated the half past 6 o’clock ceremony.
The bride is the daughter of Mr. and Mrs. Michael Luquette of Erath. She is the granddaughter of Mr. and Mrs. Wilfred Luquette, Sr. of Perry as well as Mrs. Lorraine Broussard and the late Harvey Broussard of Forked Island.
The groom is the son of Mr. and Mrs. Keith Broussard of Henry. He is the grandson of Mr. and Mrs. Mark Broussard of Henry as well as Mrs. Cora Lange and the late J.C. Lange also of Henry.
Chelsie Domingues, sister of the bride, served as matron of honor, and Sydney Luquette, sister of the bride, served as maid of honor. Bridesmaids were Brittany Guidry, cousin of the bride; Kansas Istre, Katey Champagne, and Mattalyn Suire, all friends of the bride.
Justin Broussard, brother of the groom, served as best man. Groomsmen included Jesse Lange, cousin of the groom; Coy Clostio, Jason Romero, Ty Broussard, and Jake Dever, all friends of the groom.
Waylon Broussard and Grady Domingues, godchildren of the couple, served as ring bearers. Ushers were Hunter Luquette and Hayden Luquette, cousins of the bride, and Philip Domingues, brother-in-law of the bride.
Readings for the ceremony were read by Jarrod Lange, cousin of the groom, and Lorraine Broussard, grandmother of the bride.
Gift bearers were Abigail Lanclos, niece of the groom; Gavin Reed, Collin Reed, and Sydney Lange, all cousins of the groom. Ken Dugas, family friend of the bride served as Eucharistic Minister. Altar servers were Cole and Daniel Lange, cousins of the groom. Musicians for the ceremony were Laura Couvillion and Matthew Boucher.
A reception was held immediately following the ceremony at Blacks in Abbeville.
After returning from a honeymoon trip in Exumas, Bahamas the couple will reside in Henry.