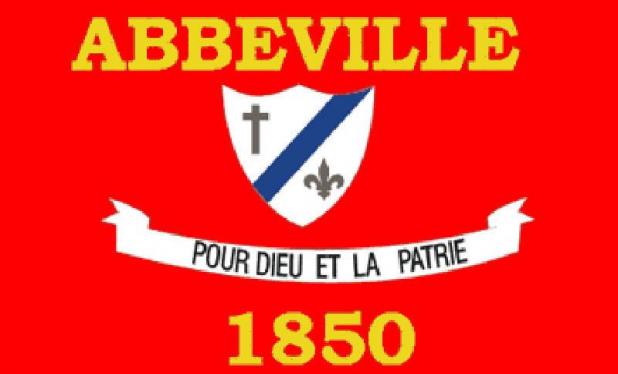 Hoping to find some stability and jump-start its youth recreation program, the City of Abbeville signed a three-year contract with Quality Sports Authority (QSA) in early 2017, and the city is now looking at a possible renewal.
As part of the agreement, the city paid QSA, the non-profit organization based in Erath, $75,000 each year to handle baseball, softball, basketball, soccer, tennis and any other sport approved for boys and girls by the city council.
Proponents say the agreement has moved things in the right direction, while others say some issues need to be addressed.
With that initial contract set to expire, the city council members discussed the issue during a Recreation Committee meeting Tuesday evening. A proposal for a new contract will be brought to the next regular council meeting, scheduled for 5:30 p.m. on Feb. 18.
“We are in agreement,” QSA’s Tommy Picard said Tuesday night, “but there are a few things that we would like to sit down and discuss. There are a few things that we would like to look at.”
Picard said by looking at the numbers, QSA has helped have more youth playing sports.
“Checking the records from 2016,” Picard said, “you had 65 kids playing basketball in Abbeville. There’s 185 today.
“It’s a work in progress.”
Picard said that would only improve, with James Broussard taking the lead for the basketball program, the Vermilion Basketball Academy. Picard said J.J. Davenport and Tirmone Williams, both of whom helped lead Abbeville High to back-to-back Top 28 appearances in ‘10 and ‘11, are also involved.
James Broussard pointed out that one of the boys All-star teams won a national title last year, and the boys should again be competitive.
“What I am excited about is the growth of the girls’ program,” Broussard said. “This will be the first year in years that we have had girls All-Star teams from Vermilion Parish. They are comprised mostly of girls from Abbeville.
“We are really trying to grow that program.”
As for baseball, Picard said around 70 kids from Abbeville schools played last year. He said that number doesn’t include kids from Mt. Carmel, Harvest Time Christian Academy or Seventh Ward Elementary.
“Baseball is a work in progress,” Picard said. “Myself, I think we need a little more support from the community, to get the kids out. We tried everything. We sent fliers to school. We put out calls, and we put banners around town.”
Norman Levine, an Abbeville citizen, said he is not in favor of a further agreement with QSA, pointing to success volunteer Bryan Plowden has done with dozens of kids in baseball and softball. Plowden’s teams have reached World Series events in New Mexico, Tennessee and other states in the south.
“Y’all should be supporting him,” Levine said.
Picard said that QSA has supported Plowden’s efforts.
“We paid the insurance and front the baseballs for his league,” Picard said. “We gave him the concessions to raise money to go to New Mexico.”
Councilwoman Terry Broussard, who was not a member of the council when the agreement with QSA was signed, said she has heard from numerous constituents who are not in favor of the deal.
“Some people thought it was a bad move then,” Terry Broussard said. “Still today, some of them feel the same way, for various reasons. For that, I’m not sure where I stand on this. Thank you all (QSA) for putting every effort forth for the kids, but I have to listen to my constituents.”
Councilman Francis Touchet Jr. invited anyone with thoughts on the potential deal with QSA to attend the meeting on Feb. 18.
“If there are issues people have,” Touchet said, “let’s find out what they are so that we can address them.”
Councilwoman Roslyn White, who was also not on the council at the signing of the first QSA deal, said one concern is the number of games taking place in the city.
“The issue I heard talking to people in my district is not enough games being played in Abbeville,” White said. “I understand after talking to (James Broussard) that the issue is securing gyms and having proper goals in the gyms. They had goals donated in Henry and Erath. We need to work to have goals donated in Abbeville.”
Picard said those wheels are in motion.
As for an official motion during the committee meeting, the council voted 4-1 to bring a contract proposal with QSA to the Feb. 18 meeting. Councilman Brady Broussard Jr., Councilman Francis Plaisance, along with Touchet and White, voted yes. Terry Broussard opposed.
Touchet pointed out that the city had spent nearly $300,000 annually on recreation prior to the agreement with QSA. That included salary for the position of director, for which the city had four in a six-year span.
“We are saving money,” Touchet said.
Brady Broussard Jr., who chairs the Recreation Committee, said it is a matter of comparing what is in front of you versus any potential alternatives.
“Some people may think the grass is always greener somewhere else,” Broussard said. “I was here when Mrs. Denise Mire (now the park director) was doing her best to run things. We didn’t have enough children interested to be able to fill more than two baseball teams. That is why QSA was contacted to see if we could get more children interested and involved in recreation. “This has done that.”